Picking a movie is hard to do.

second post for this month....I am on fire.  Feels good to be back in the game. So, I read about this film challenge on my friend Erin's blog and I thought that participating would help to make myself watch more movies this time. I never really find the time. So yeah, now I have to. You can read everything about the challenge here.

one. any set in new york city. - Extremely Loud and Incredibly Close

two. any incorporating hot air balloons in the story. - Up

three. any featuring a child as the main character. - Stand by me

five. any set in egypt OR have an egyptian character OR star an egyptian actor/actress. -Night at the museum ( I decided to let it count)

seven. any with the word great in the title. - The Great Gatsby (I wanted to pick The Great Mouse Detective but it's against the rules because I have already seen it. )

eight. any starring harrison ford. - I would love to pick the new Star Wars movie but the challenge ends November 30. And because I have only seen the first Indiana Jones so far I will watch one of the others.

nine. any featuring an idiot as the main character.  - Our Idiot Brother

ten. any mentioned in levis strauss' list: denim in the oscars: a look at jeans in cinema. - Brokeback Mountain

eleven. a film about a knight. - A Knight's Tale

twelve. a love story. - Before Midnight

thirteen. a movie about something miraculous. -  Michael

fourteen. any starring an actor/actress with the same first name as yours. - Tammy. I could not find an actress named Katrin so I chose Kathy Bates. That's close.

fifteen. a film about the olympics. - I love Cool Runnings by the way. But it must be a new to me movie which is why I have to pick Munich.

sixteen. a film on time magazine's list: the top ten newspaper movies. - Zodiac (Another newspaper movie I want to watch is True Story but it is not on the list)

seventeen. any with a question in the title. - Dude, where's my car? (Yeah, seriously. Couldn't think of anything else)

eighteen. any with a score of ninety percent or greater on rotten tomatoes. - Paddington

nineteen. a film about a superhero. - Guardians of the Galaxy

twenty. any with subtitles. - The Swedish version of The Girl Who Played With Fire

twenty-one. any incorporating unicorns in the story. - Harold & Kumar Escape from Guantanamo Bay ( I am sure that will be my new all time favorite)

twenty-two. a film about a personal victory. - The Hobbit - An Unexpected Journey

twenty-three. a film with black or white in the title. - (No, not Harold and Kumar Go to White Castle) Snow White and The Huntsman (maybe I will watch Harold and Kumar anyway). I cannot come up with a good one here - help!

twenty-four. any set in a country you would most like to visit. - The Keeper of Lost Causes

twenty-five. a film set in a zoo. - I like animal sanctuaries. Most zoos are not very good places. So I am cheating here and I choose Forks Over Knives because I care about animals.

Have a lovely day!

Posted by Katrin at 8/12/2015 08:50:00 AM
Email ThisBlogThis!Share to TwitterShare to FacebookShare to Pinterest
Labels: challenge, movies 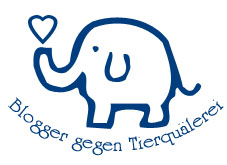 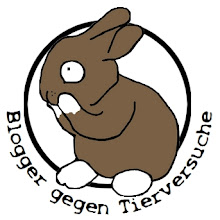